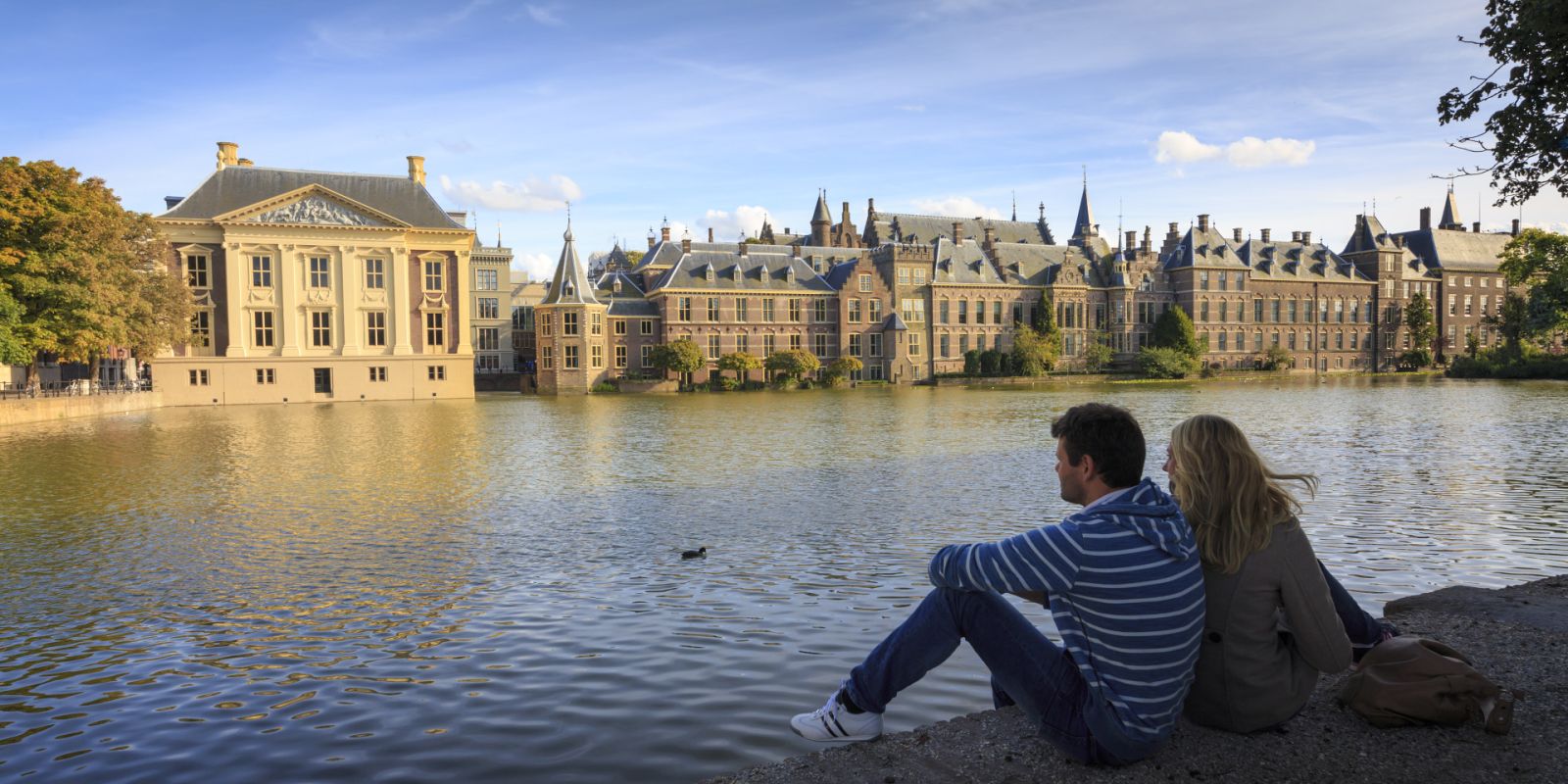 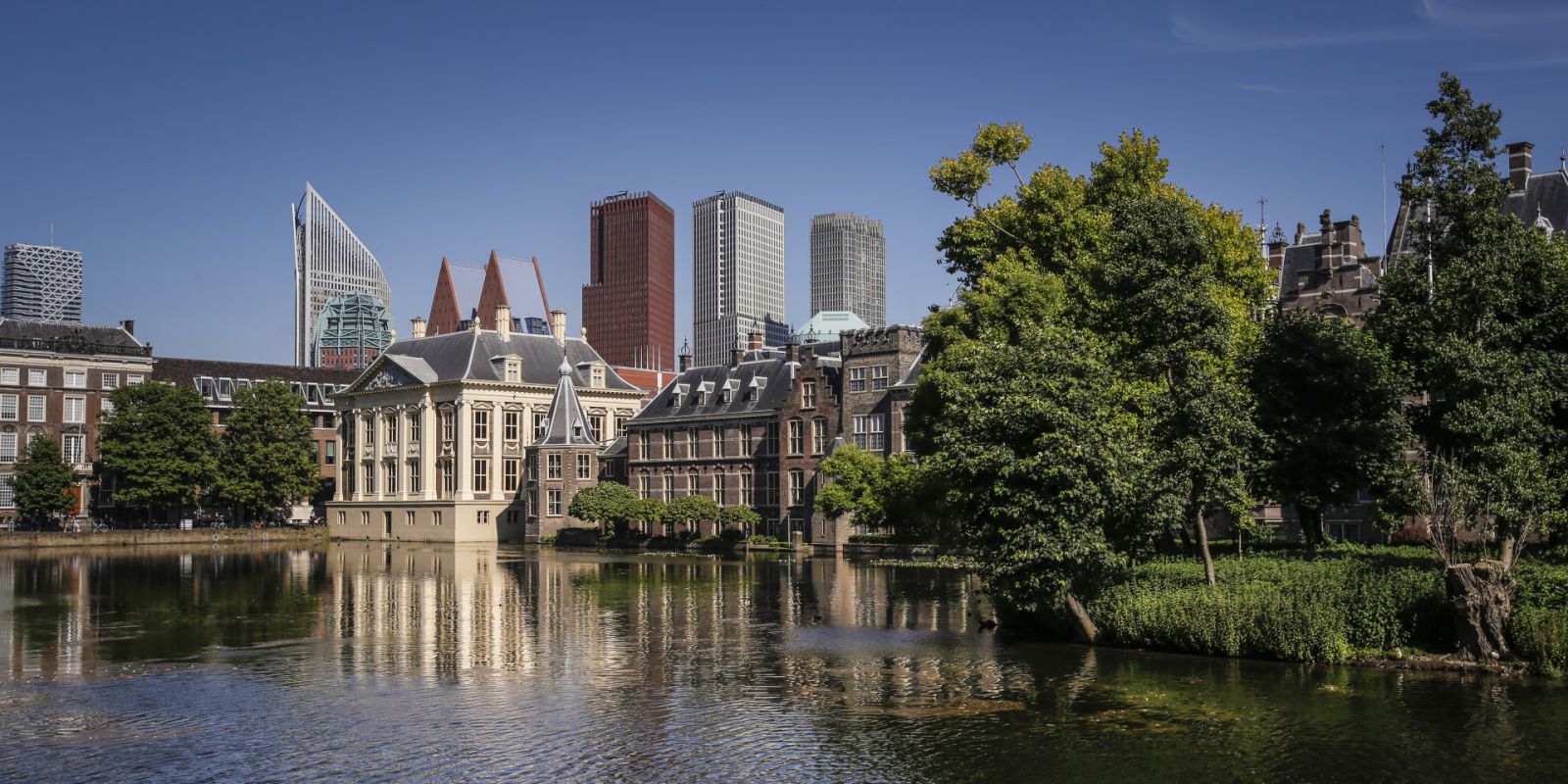 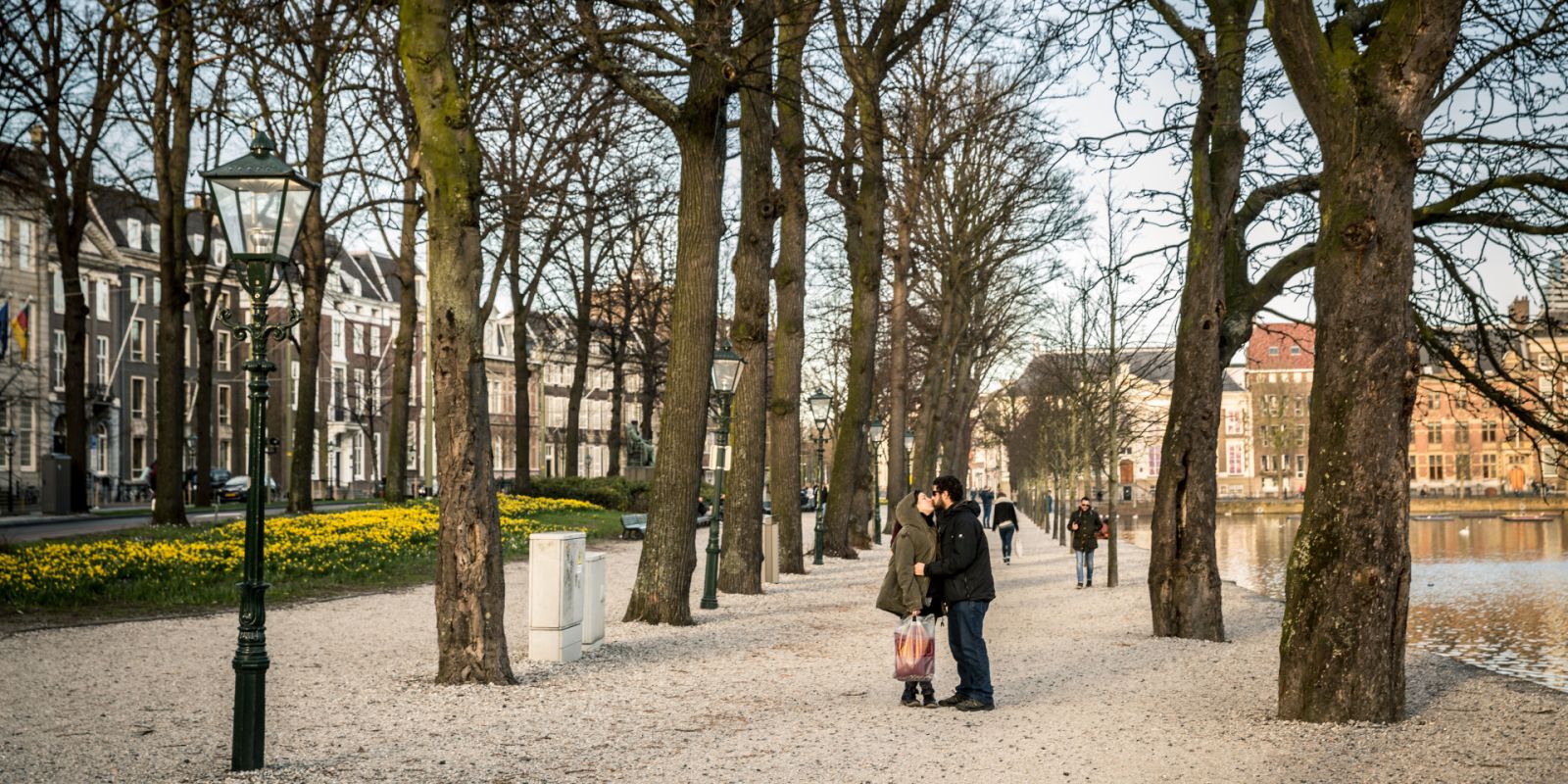 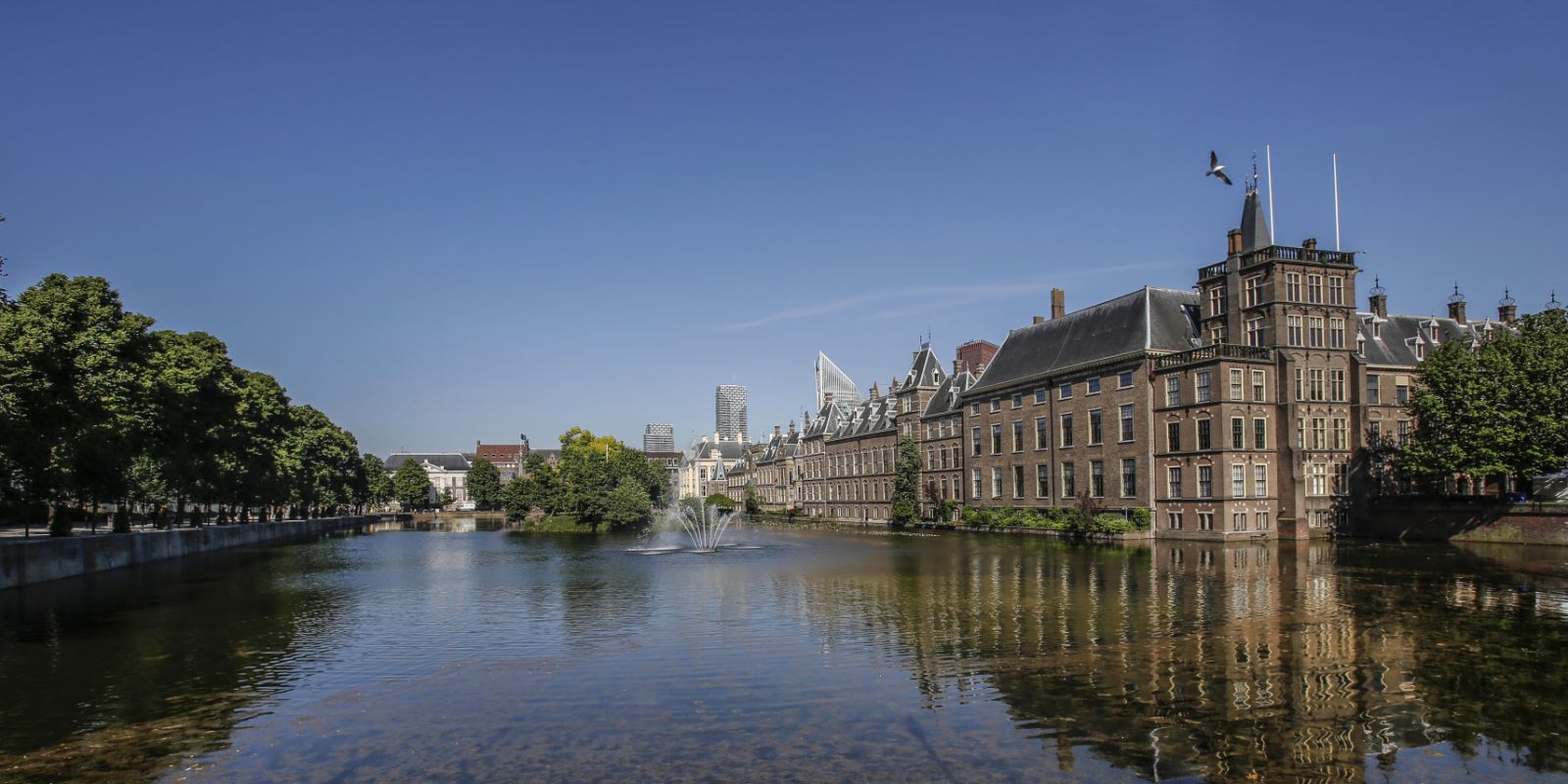 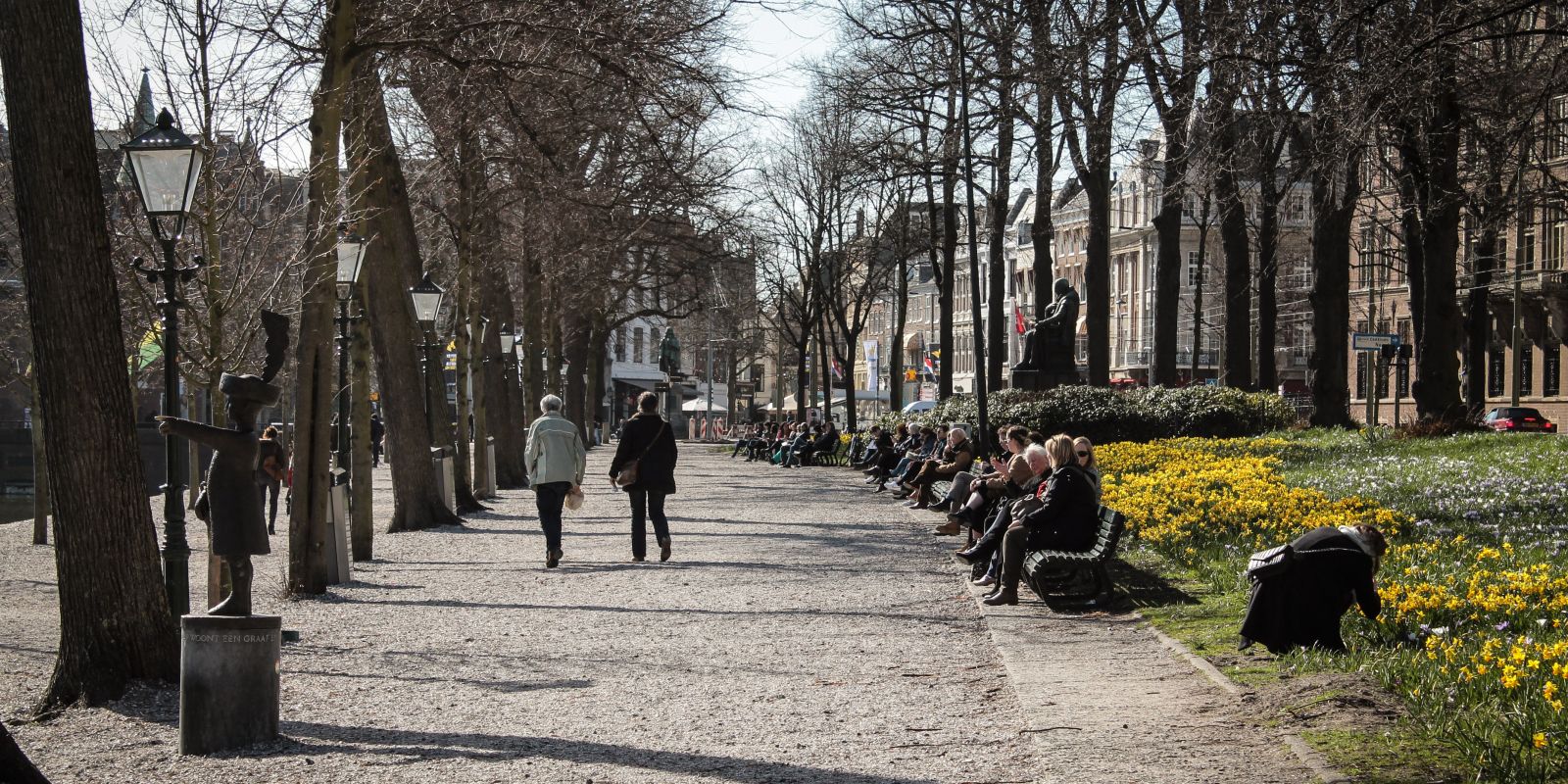 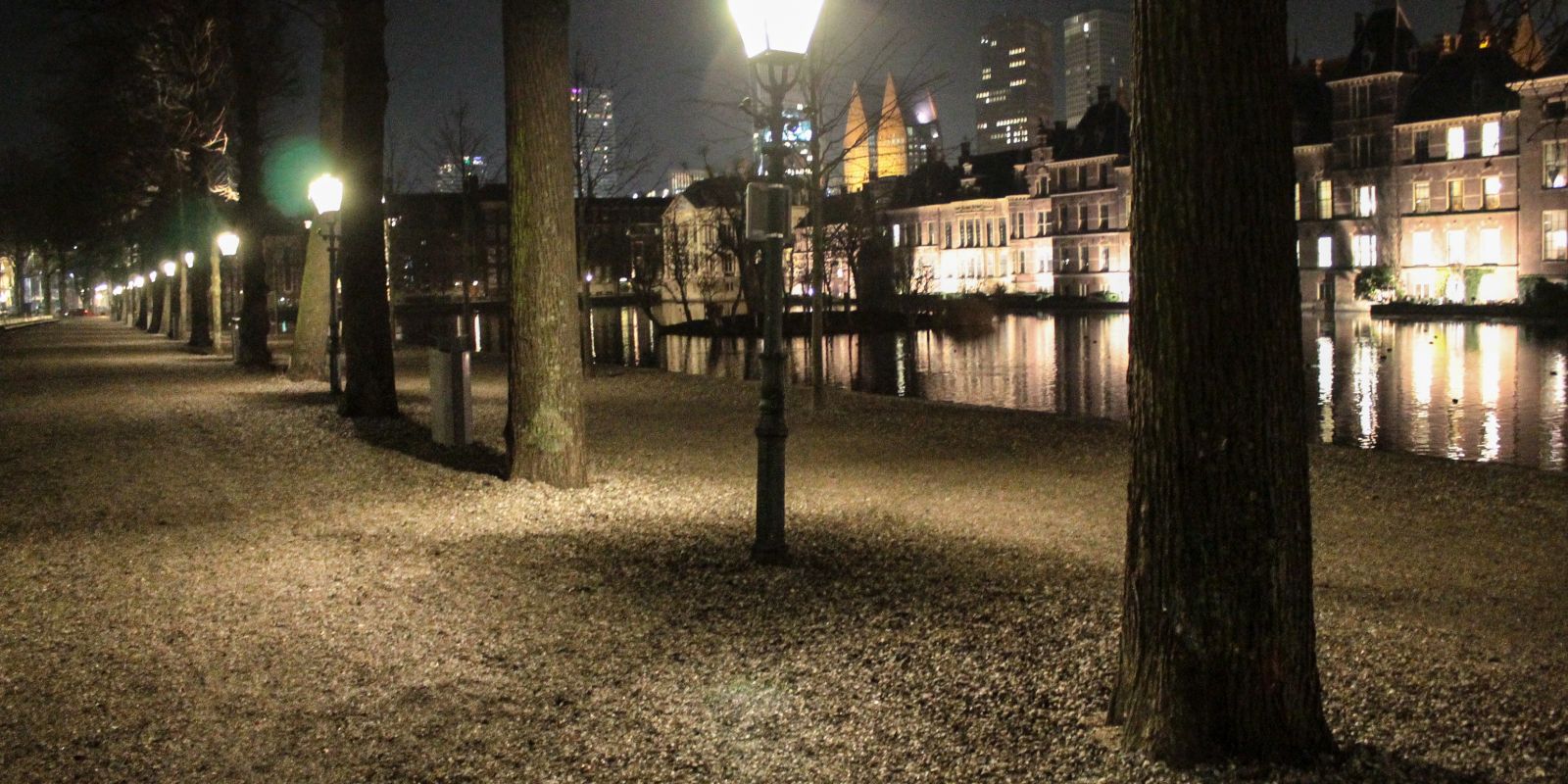 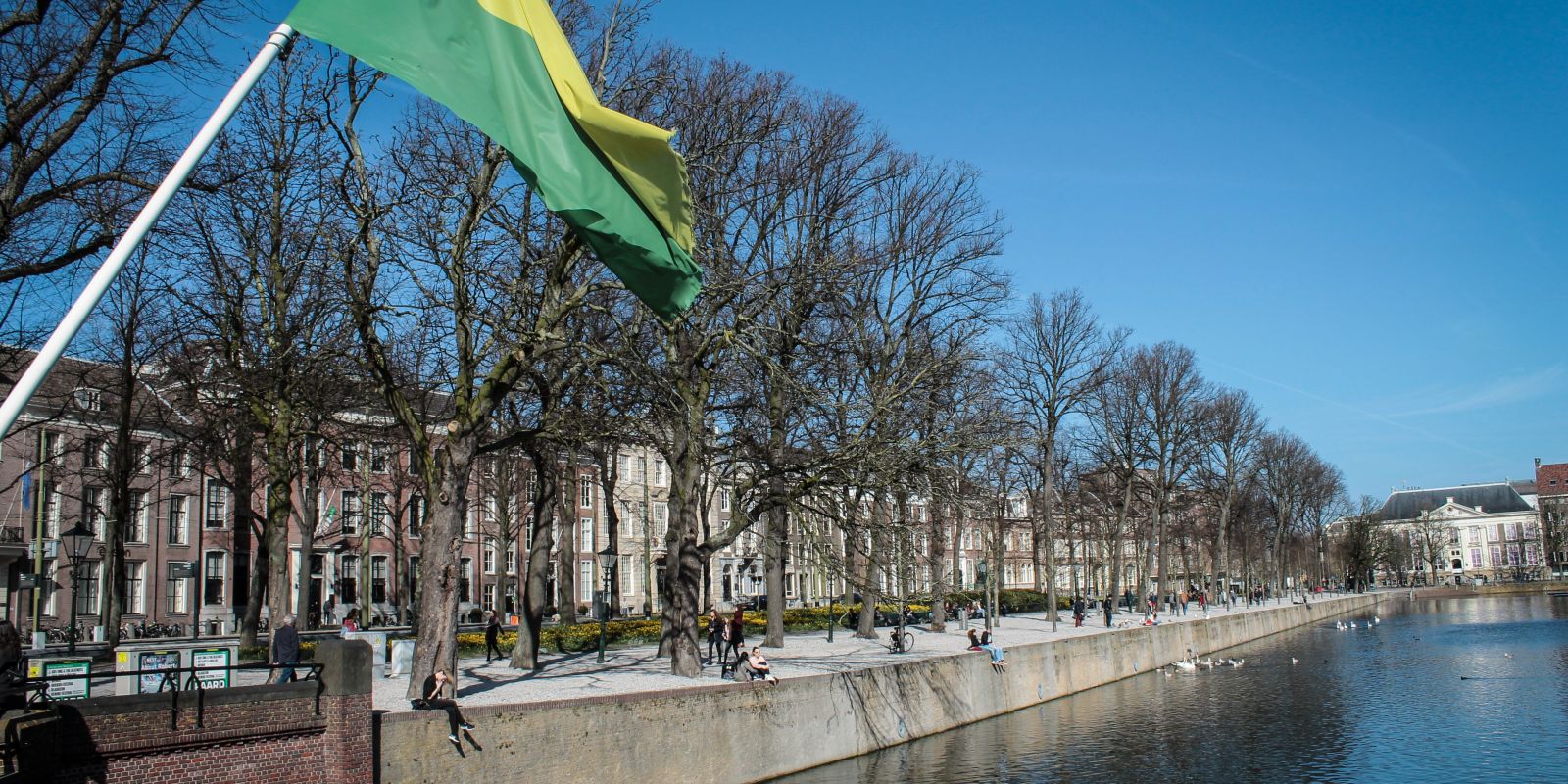 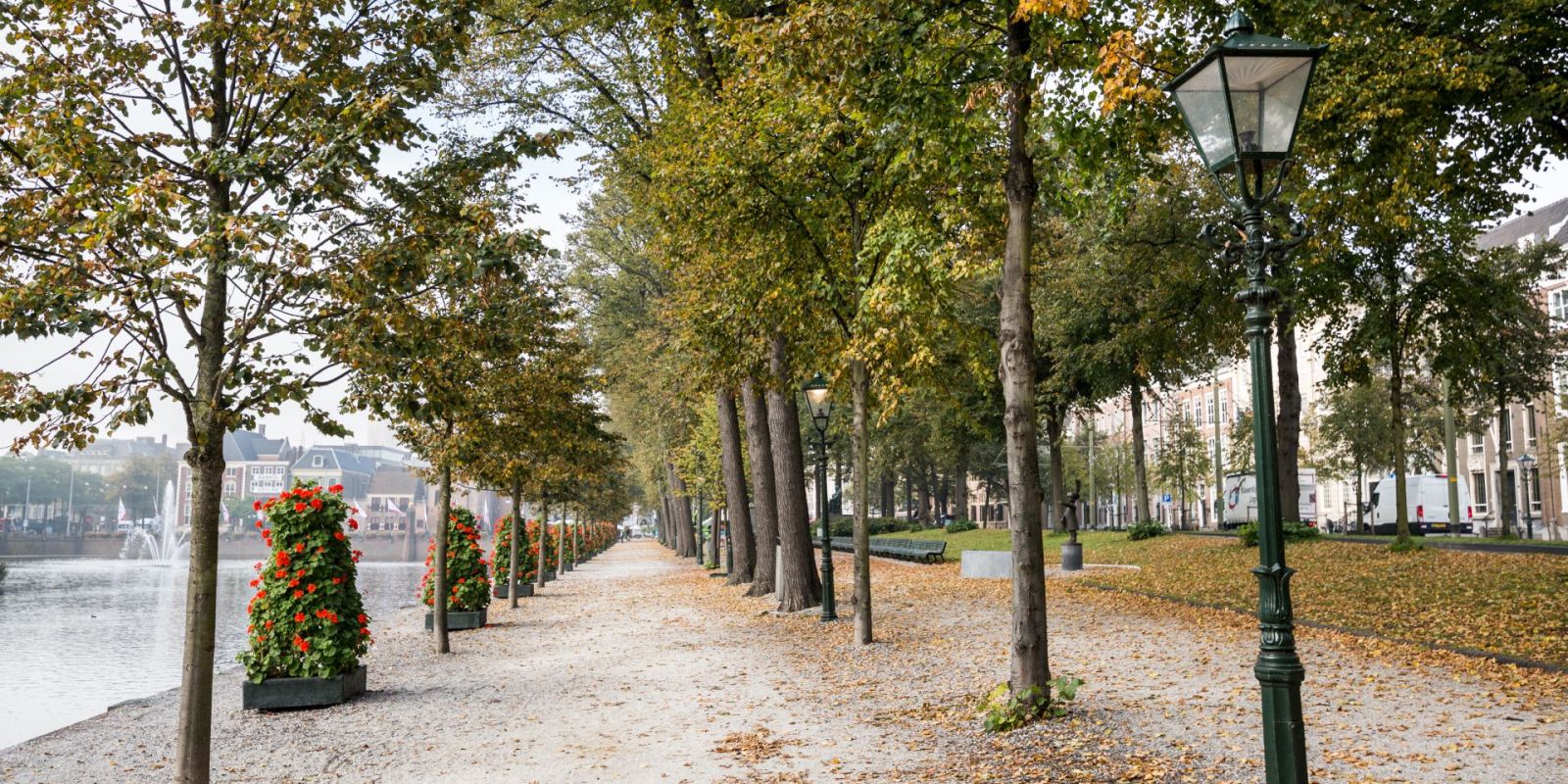 The Hofvijver, 'Court Pond', is an artificial lake in the city centre, first dug out by the counts of Holland in the late 13th centrury

The north side of the lake is known as the Lange Vijverberg, now occupied by a graciously curving line of mostly 18th centrury mansions. The 17th century buildings along the short side of the lake, the Korte Vijverberg, include the King's Cabinet and the city's historical museum. On the south side of the lake is the famous Mauritshuis museum and the Binnenhof, 'Inner Court', the setting for much of the country's history and the seat of the two houses of its parliament, the States General.